Mixing in the Minerals Processing Industries

For many operations in the minerals processing industries, the contacting of ore particles with a liquid is critical to the successful extraction of the desired metal product. This operation is carried out in large vessels in which an agitator provides energy to suspend the particles above the base of the vessel and to promote contacting of the liquid with them.

There is a minimum speed at which the agitator must operate, often referred to as the “just suspension speed.”At this speed, no particles are stationary on the vessel base for an extended period. They’reconstantly in contact with the liquid. When this mixing criterion has been met, the resistance to mass transfer between the particles and the liquid is diffusion through the liquid film around each particle. At lower speeds, when the particles can settle, the mass transfer rate depends on diffusion through the bed of settled particles which is much slower. Also, at speeds below the just suspended speed, particles will accumulate on the base, since they are not moving. Eventually the vessel will have to be drained so these particles can be cleaned out. This reduces the productivity of the plant and adds to operational costs.

While mixing can affect the rate of mass transfer between the liquid and the particles, the overall rate of an extraction process will also be determined by the diffusion within the ore particle. This is independent of mixing. The rate in this step of the process can be increased by grinding the particles to a smaller size, but that can make the particles more difficult to separate from the liquid after extraction, because their settling velocity will be lower.

"At lower speeds, when the particles can settle, the mass transfer rate depends on diffusion through the bed of settled particles which is much slower"

Sometimes there is a requirement for the particles to be distributed throughout the liquid to some fraction of the total depth. For example, if the particles leave the vessel by overflow, they must be suspended to the liquid surface. Operation at the just suspended speed does not guarantee the particles will be uniformly distributed, and the power and torque delivered by the agitator must be increased significantly to achieve this condition.

Another important operation is the dispersion of gas into the vessel. Like solids suspension, there is a minimum speed at which the agitator must operate called the “flooding speed.”At this speed, the flow generated by the impeller overcomes the buoyancy of the gas bubbles, ensuring they are well distributed throughout the liquid. Also, the impeller creates stresses in the liquid, reducing the size of the bubbles increasing the area for mass transfer between the gas and liquid.

Three-phase systems are common in minerals processing. The presence of the bubbles will reduce the agitator’s ability to suspend the particles, and it will usually have to operate at a higher speed to ensure the particles are all in motion while  the gas is also well dispersed.

There arerules for sizing agitators for solid-liquid and gas-liquid contacting and for three-phase systems. These have been applied successfully by SPX FLOW to design equipment for many minerals processing plants.  This is a significant area of business for SPX FLOW and we continue to dedicate significant resources to researching mixing in this industry.. 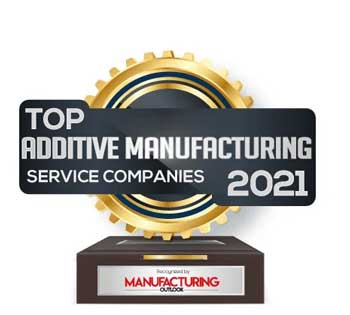 The 3 Top Moves to Mitigate Inflation

Evolution of the chemical industry

The Rise of Startups

From data sharing to insight sharing